It’s maybe weird, but except of my wuman, I don’t have any Israelis among my neighbours in FarmTown. I do have Israeli friends, but none of them play FT. As usual, I’m alone in ze dark…

I am struggling with Facebook, as it doesn’t see the people, but only the profit they can bring. We are merely milking cows. I wish somebody of the developers would take advices from us, the members, as we can help in making this place much better, not to mention enjoyable. Well, at least for us, the users and players. We usually tend to know what we like. Mostly, we don’t like others to tell us what we need. Usually, I am not happy when somebody dies, but there are exceptions, like when Steve Jobs relieved us from the damage he caused, may he rest where he is and never ever come back to bother us again. He released products that ppl mostly don’t need, but he was sure they do. We call it chutzpa in Hebrew. One can’t argue wiz success (and Apple did make a lot of money for Jobs), but when success corrupts and harms (I hope u remember the shocking and disgusting use of the workers at Foxconn), u need to re-examine this. Apple did harm us. At least, I find some comfort in the fact that Israelis are clever enough not to follow every trend that spouts each day, and we like to inspect first before we spend our money. Apple never was a big success in Israel, mainly because they are soooooo stupid not to meet our needs. Nobody bothered to ask us what we need. 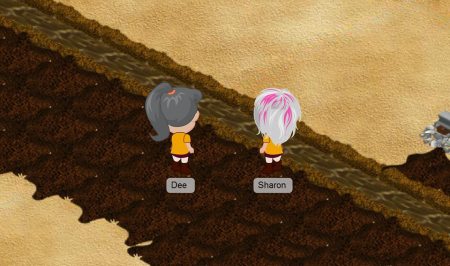 Facebook did succeed enormously in Israel. One might think that we actually live in this network, as if we don’t have anything else to do in life. Bosses accepted the fact that their workers spend time on Facebook during work. Everybody is happy…

I wish it was better. Of course I’d like to strive for perfection, but “good” would be nice too for now. I tried to form/create a few separated groups: one for my family (I’m an avatar, but nevertheless have my own family), one for friends, another for my FT neighbours etc. I’m a very neat avatar and like to keep things in order, but it’s a pain in the tuches, alas. It doesn’t work as I’d like it to. True, it’s easy to sort out your friends into these groups, but then the headache starts: who wants to constantly get ALL ze news from everybody? I thought that I’d get from my FT neighbours group ONLY news regarding their activity in the game, but as it doesn’t meet Facebook’s greedy goals – I get EVERYTHING they do, no matter how many times I keep ticking off their other activities and keep only “Games” ticked. I stopped complaining about having to receive information about ALL their games and delete them as they come – that’s small peanuts – but why can’t it be simple and have the ability to specify what I do want? Or u, or she etc. Why can’t we adjust Facebook to our needs and will? If only there was a button to click on, that allows only FT activity and never to have to receive drek about other games all the time, life would be easier, wouldn’t it? 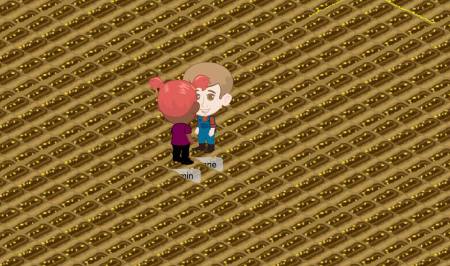 Another problem is that I don’t get anymore much info about the game. I’m talking about FarmTown, since I don’t play other games. Who has ze time or ze mood to play all ze time? Occasionally, when a neighbour clicks “like” on crops and facilities, I see it and can work or send ze bonuses and ingredients. This is ze place to apologize to my neighbours who noticed that I don’t work much on theirs. Simply, I don’t get ze info. Some of my neighbours know this problem and zey r clever enough to send me a message or email me when zey post zeir facilities or need ingredients. In return, I do ze same for zem.

I can assure u that I’ve ticked ALL info – not “most” or “only important”, I ticked “all”, but does it verk? Of course not, why would it? Facebook has a goal – to bother and bomb us wiz all ze crap zey have zer. Stupid Zukerman and staff – I guess zey can’t understand that too much info is too much for us and in a very short time ppl become immunized to drek. Is quality so bed, that they avoid making this network good and suitable to each of us? How hard would it be?

Well, may it be our only problem in life, Amen!

Wishing you Shana tova, may peace dwell upon our tortured globe and may all our dreams and wishes come true.